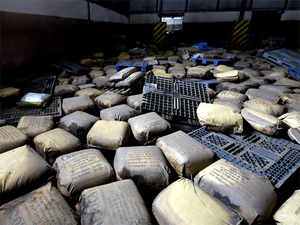 The revenue department is in the process of introducing a system of uploading digitally signed supporting documents at Air Cargo Complex (New Delhi) and Chennai Customs House to provide speedy clearance to export consignments. This follow successful implementation of the paperless processing/eSANCHIT under single window interface for facilitation of trade in case of imports, the Central Board of Indirect Taxes and Customs (CBIC) said in a recent circular.

Now with the objective of reducing the objective of physical interface between customs/regulatory agencies and the trade and to increase the speed of clearance in exports, it is proposed to introduce a facility to upload digitally signed supporting documents on a pilot basis at Air Cargo Complex, New Delhi and Chennai Customs House,” it said.
The CBIC circular further said that the pilot project will cover all types of exports under Indian Customs EDI System (ICES).
“After completion of the pilot, the facility would extended to all ICES locations,” it added.
Initially, the facility for uploading the supporting documents for export consignments will be introduced on voluntary basis, and after a review, it would become mandatory requirement. CBIC further said that all documents for the purpose of assessment will only be reviewed online, and in due course the facility to view the documents will also be extended to officers of the participating government agencies.
Presently, electronic copies of ‘Let Export Order’ and assessed copies of shipping bills are delivered online to the custodians and authorised persons.
As per the circular, in the course of pilot, digital signatures will be applied on these messages and not copies of shipping bills. Sources said this another move towards of ease of doing business.