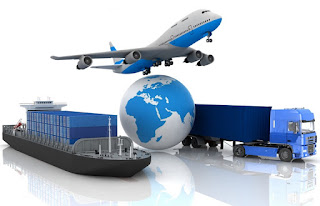 KATHMANDU, JUL 11 – The government has been reviewing the  system of cash incentives being provided to exporters. Under the present scheme, exporters get up to 2 percent of the value of the goods as an incentive. The government now wants to hike the incentives for high potential export products but chalk out some goods from the special list.
Maheshwor Neupane, director general of the Department of Industry, said they had started revising the list of export goods. “Currently, we are amending the working procedure for providing cash incentives,” said Neupane.
The government moved to raise the incentives following persistent complaints from exporters that they were too small compared to what neighbouring countries were giving to their exporters.
They have also asked the government to provide incentives on exports to India. Submitting a memorandum to the government, the private sector recently urged it to address the issue through the next fiscal year’s budget.
Neupane said they had been assessing the value addition to domestic products to revise the rate of incentives. He added that most exporters had been obtaining the benefits by presenting fake paperwork. “While a number of exporters have been enjoying the incentives by falsifying the value addition and export figures, genuine exporters have been missing out on the facilities,” he said. Four years ago, the government had announced the offer of cash incentives in a bid to boost exports of domestic products. It said that incentives of 2-4 percent would be provided based on the value added to an export product. But after exporters complained that calculating the value addition was too complicated, the government decided to give a flat incentive by categorising the products. The new directive has fixed the value addition level at above 30 percent for these goods.
In 2013, the government amended the cash incentives regulation and announced that the facility would be provided to specific products. A 2 percent cash incentive is provided to 10 products, namely processed coffee, semi-processed leather, handicrafts and wooden crafts, crust, handmade paper and its products, refined honey, tea, carpet and woollen products, pashmina and fibre products, and refined herbs.
A 1 percent cash incentive is given to two dozen other products like flowers, herbs, large cardamom and carpets.
Suresh Pradhan, president of the Federation of Nepal Cottage and Small Industries, said that the government should increase the incentives to up to 15 percent for products produced mainly by micro and small enterprises.
“A large number of small industries have been hit by the earthquake, and increasing the incentives will make these products competitive in the international market,” he added. Bhawani Rana, senior vice-president of the Federation of Nepalese Chambers of Commerce and Industry (FNCCI), stressed the need for capacity building of the workers and an effective government plan to boost goods with comparative advantage in order to increase exports. “The government should implement a One District One Product scheme for manufactured goods
Previous: पानीपत के उद्योग पर चीन की मार, केंद्र लाचार
Next: चीन और ऑस्‍ट्रेलि‍या की ओर चले भारत के कारपेट निर्माता, नए बाजार की तलाश में इंडस्‍ट्री