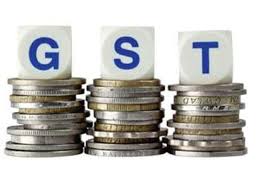 NEW DELHI: The GSTCouncil has decided to withdraw the exemption from countervailing duty (CVD), equal to excise duty, which is currently available to certain hospital equipment and 100% Export Oriented Units(EOUs), on import of all goods. This will make them liable to pay Integrated Goods and Services Tax (IGST) once the new regime kicks in from the scheduled date on July 1.Import of equipment by government hospitals and those run by societies will be subject to full rate of IGST, as existing concessional rate of 6% CVD will not be available. This will impact hospital equipment and their parts and accessories, although basic customs duty exemption will be available, said tax lawyer R S Sharma.While the GST Council has restricted the exemption from IGST to only specified category of importers, such as units in special economic zones (SEZs) and developers of these zones, the benefit has not been extended to EOUs.“EOUs will henceforth will be liable to pay IGST on imports and can avail credit of IGST paid, which can be used by them for local supply of goods manufactured by them. They will also be entitled for a refund of IGST in case of excess accumulation of credit due to export,” said Sharma.The EOUs are, however, still hopeful of getting the benefits that are currently available to them.“Discussion on IGST for export promotion schemes is going on. EOUs are also an export promotion scheme. So we expect that it may also be exempted from IGST. If it is not the case then duty has to be paid and refund has to be sought after exports, which will lead to increase in the cost of working capital, thereby leading to an increase in the cost of product. This will make Indian products less competitive in the international markets,” said Rahul Gupta, chairman, Export Promotion Council for EOUs & SEZs.Similarly, import of all consumer goods in packaged form with specified MRP, which are meant for trading, are at present exempt from 4% special additional duty, which is levied in lieu of VAT. It will now be subject to tax at full rate of IGST on imports.

Prime Minister Narendra Modi on Monday reviewed the status of GST, which is to be implemented from July 1, and said the new regime will benefit the common man.

During the two-hour meeting, Modi reviewed the IT and HR preparedness, query handling mechanism, and monitoring. “The Prime Minister was informed that GST systems such as IT infrastructure, training of officials, integration with banks, and enrolment of existing taxpayers will be in readiness well in time for the July 1 implementation date. Information security systems were discussed in detail,” an official statement said.

Modi also directed that maximum attention should be paid to cyber-security in IT systems concerned with GST.