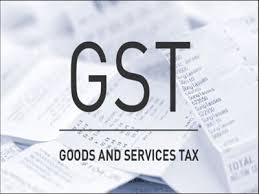 NEW DELHI: In a massive nationwide search operation carried out on exporters and their suppliers covering 336 locations on Wednesday, nearly 1,200 officers from the Directorate of Revenue Intelligence and Directorate General of GST Intelligence unearthed fraudulent claims of over Rs 470 crore of Integrated Goods and Services Tax (IGST) and seized fake invoices of Rs 3,500 crore.
The searches showed that some exporters were exporting goods on payment of IGST, using credit for taxes paid on inputs. While there is no harm in using input tax credit (ITC) to settle your tax liability, data analytics and intelligence gathered by the authorities showed that the credits were based on fake supplies. The IGST payments on exports are claimed back as refunds.

The agencies are investigating IGST refunds of around Rs 450 crore.
After detailed analysis of the data provided by the Directorate General of Analytics and Risk Management (DGARM), it was also noticed that there was no or negligible payment of tax through cash by the exporters as well as their suppliers.
Major crackdown: Raids against GST violators held across 15 states

In a few cases, even the tax paid through ITC was more than the ITC availed by these firms. This resulted in one of the biggest search operations across 15 states including Delhi, Haryana, UP, Gujarat, Maharashtra, Tamil Nadu, West Bengal, Karnataka, MP, Telangana, Punjab, Rajasthan, Himachal Pradesh, Uttarakhand and Chhattisgarh.
Over the last few months, the government has gone after entities which have made bogus sales or export claims and use of data, which involved matching the GST and income tax returns, has thrown up several cases where the entities involved were sham companies.
“Some live export consignments of these exporters have been intercepted at Vadodara Rail Container Terminal, Mundra port and Nhava Sheva port for examination in order to ascertain mis-declaration,” DRI said in a statement.